Home/Kisses Not Nips
Previous Next 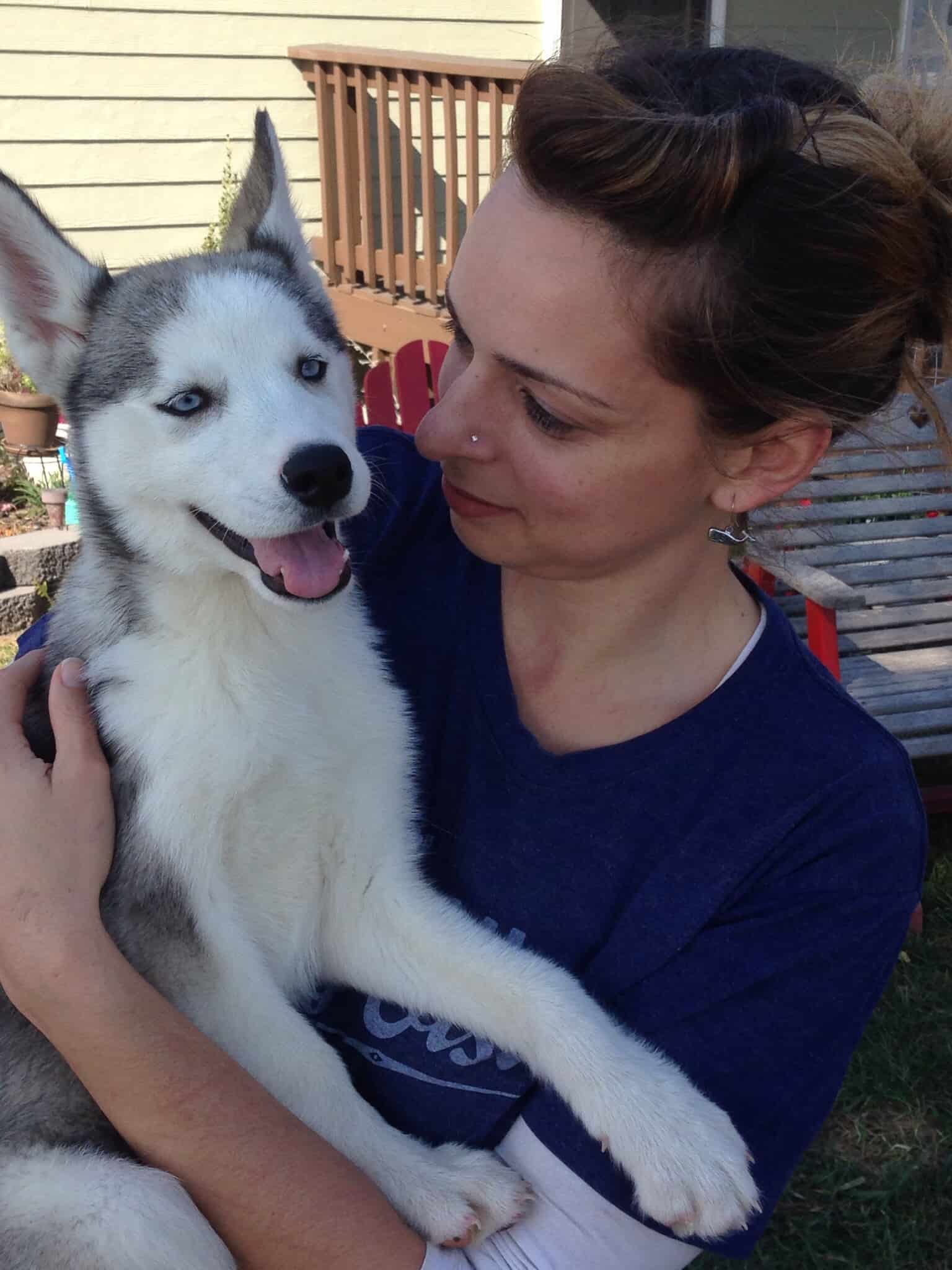 It’s kind of funny how life happens. You have no idea why things are out of your control and then suddenly you wake up in the rabbit hole and wonder how you got there.

When Jonsey died (I promise eventually I’ll stop talking about it. Never mind. No. I won’t.) I was irrevocably heartbroken. People may look at it as though we simply lost our dog. But for us it was, and is, an scarred imprint on us. It was life changing for our marriage, our home, and our everyday lives.
Months later, after trying to line my heart up with my head rather unsuccessfully, we meet Jadis. She was a silver, blue eyed husky, with an open white faced mask. I had seen her over and over again in my dreams; then there she was. I couldn’t deny her her rightful place in our family because my feelings were a jumbled mess in my throat.
It’s a crazy phenomenon how life happens. We’ve had Jadis just over three weeks. She has desecrated almost every room in the house. She refuses to understand that shoes are shoes, not chew toys, especially when they are on my feet. When I ask for kisses, I want licks, not teeth. I have to have my eye on her every minute of the day. It’s a bit draining to say the least.
She’s not a bad dog. In fact she’s pretty awesome. But I say all these things to emphasize just how much she doesn’t know. She doesn’t know we don’t want her to poop in the bedroom, or eat the warped drywall, or pull us into the road, or get her eye scratched out by the cat. She doesn’t know that there will always be fresh water for her, plenty of food and snuggles to the tenth degree! She doesn’t speak my language  I have to tell her over and over and over again.
I need to have patience over and over and over again.
She as no idea how to live with humans, how to be part of a family. She has no idea what her role is. I see the confusion behind her eyes as she stumbles through the day. It’s almost as cute her awkward inability to coordinate all four legs at the same time.
She is just like this little girl we have coming. She’ll have no idea. She’ll be so fearful. She’ll be confused for a while. She won’t speak our language. Nothing will be familiar. Suddenly her entire survival will depend on two white strangers. She won’t know what’s better. What’s best. And this will need to be communicated to her in every way possible, over and over and over again.
I realized while I’m wiping up the 32nd puddle of pee that day, that Jadis came home just in time. Like the red morning sky sailors fear, or the forshadow in your favorite flick – Jadis is my prep. Of course having her will be nothing like having a baby. It’s going to be ten times harder and ten times better. But she’s getting me ready in her own way.
I’m going to have to figure this out. How to be happy with not always being awesome. Jadis is helping me do that.  How to have patience over and over and over again. Jadis is helping me do that.
This is going to be a big lesson.
We’re getting ready for that little girl together. I’m trying to learn how to be an awesome mom and wife; and let go of everything else.
Maybe, I can grab a few kisses instead of nips along the way…